dev://east is an annual developer conference held in Ipswich. This year, SimpleClick were silver sponsors and our dev team spent the day talking all things software.

Last Friday, a good part of the SimpleClick team headed down to the Ipswich Corn Exchange in the centre of town for the second ever dev://east conference. Having never been to a developer conference before, I was eager to find out what it was all about.

On arrival, we exchanged our tickets for our lanyard passes for the day and made our way to the top floor of the Corn Exchange, where a large presentation stage and chairs had been laid out. We made our way round to the section laid out for the sponsor stands and networking, to have a look at our brand new SimpleClick stand, as we were one of the sponsors for the day. It looked great and we were all very impressed! We were offered teas, coffees and soft drinks before hearing an announcement over the speakers to take our seats at the main stage for the opening introduction. 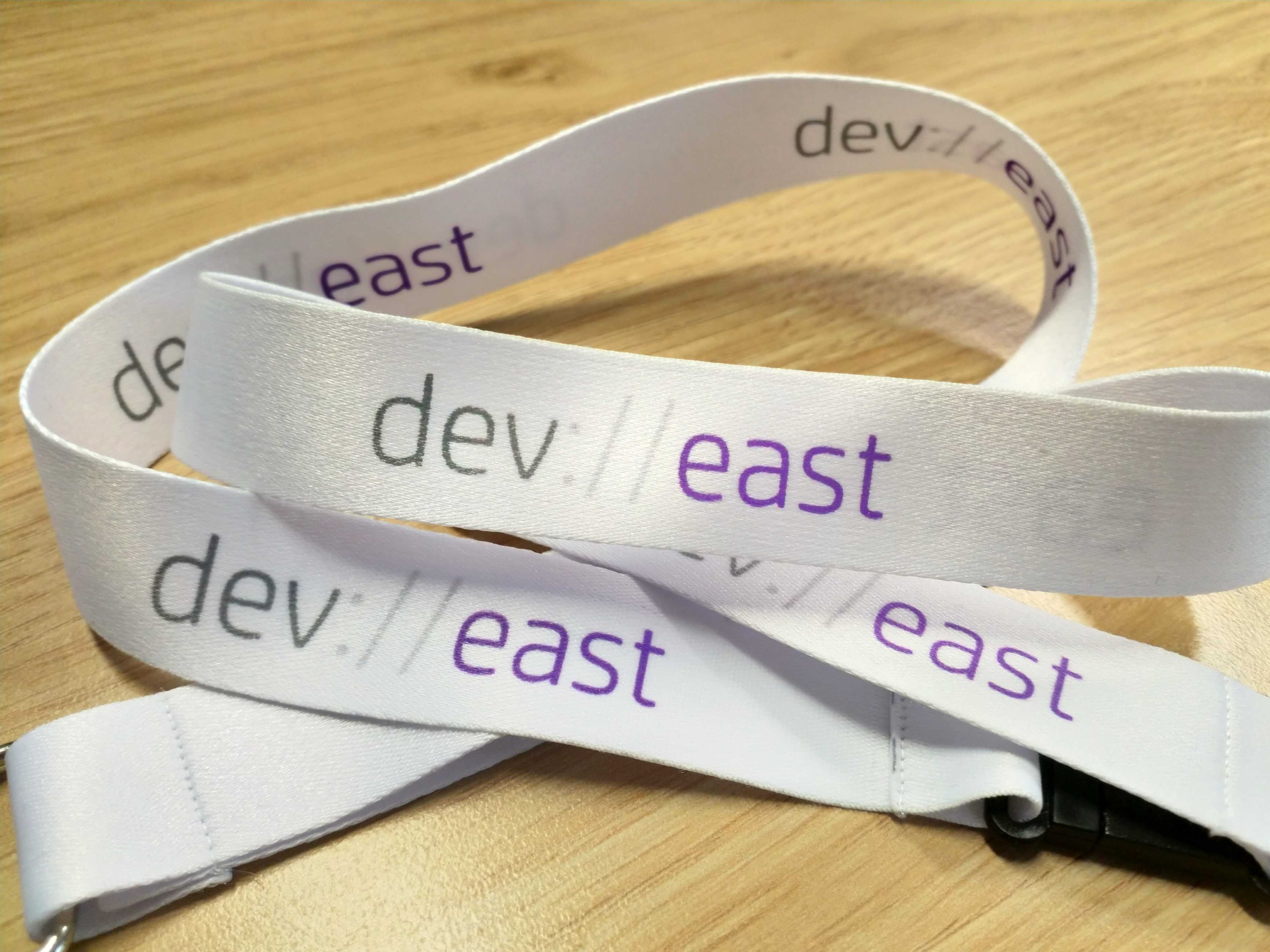 The day was mainly split into sections of three speakers with small breaks in between and a larger break for lunch. They had also decided to split the talks across two areas; the Main Hall and the Gallery, so that people could switch rooms and get a variety of talks.  Some pre planning was defintely required as you had to choose your talks in advance!

I chose to stay in the Main Hall for the day. First I listened to a talk by Alex Pond from The Fabric titled “The Deep Craft of Leadership” and learnt how people’s spheres of influence are now overtaking the way we perceive modern leadership. He then explored how this is now changing the way culture works and affecting change in society. Then followed “A Brief History of Test” by John Nicholson from IJYI,  looking at the industry’s use of testing across the board and its importance, presented in an innovative way where the listeners could interact with the presentation using their smart devices to formulate statistics live on screen, sparking a conversation style talk.

After the first break, I saw Paul Foster from Microsoft introduce his “Crowd Sourced Smart Counties” talk, all about creating a freely usable network around Norfolk and Suffolk that uses sensors to monitor the county and feed back information allowing councils to save money by using their resources more creatively. An example given was monitoring road temperatures and weather data to save money on gritting only roads that required gritting. This, among others, gave for an exciting view of what could be to come for the counties of Suffolk and Norfolk. Next up was “Growing Tech Talent from the Grass Roots” from Claire Riseborough with Step into Tech. Claire presented the story of her son and how more opportunities for children interested in tech were sorely needed and nurturing young talent was a necessity. Then followed “3 Friends +1” by Bettina Rubek Slater, one of the founders of Pycom and her journey starting their venture with her 3 friends; planning, focus and guts and her +1 , the biggy, cash.

After a lovely lunch, which was provided by the event, and a wander around the other sponsors stands, we had a set of quickfire lightning talks, each 8 minutes in length from companies such as Coderus, Couchbase, BT, Bristow Holland, Foolproof, Spicule and Derivco. These were on a variety of topics and were demos of what companies had to offer or projects they were working on. Juliana Meyer from Supapass followed with her talk on “Harnessing the Power of Subscription Technology” and a look at how current trends in subscriptions could become more widespread in the future.

A small break, which for many developers meant more coffee, we then had a talk by Charlotte Godley from DotScience “Hit by a Bus: How and Why Teams Become Overworked” all about streamlining approaches to help teams be more productive. Next up was “A Year in the Life of Creative Computing Club CIC” by the charismatic Matthew C. Applegate about the work that has been going on with the CCC helping young people broaden their horizons with technology, their charity work and their aim going forward for a potential technology school. And then a talk from Max Shelley of Echoleft “Good vs. Evil: The Fight for Your Focus” demonstrating the responsibility of companies as they scale in size to also think about their CSR and how this can impact society.

After another short break we had a talk by Paul Hutson from Pitney Bowes “The Future of the Internet”. Ironically the talk started with a look at the internet’s past from Tim Berners-Lee in 1989 to current day, before then moving on to what we could potentially be looking at for the future with technologies such as augmented reality and more use of bio-data. The last order of the day was Mark Heckler from Pivotal with “Drinking from the Stream: How to use Messaging Platforms for Scalability and Performance” demonstrating his methods with a bit of live coding.

It was a long day but all of us at SimpleClick felt we got something out of the day and came away informed and thoroughly interested for the future of tech. 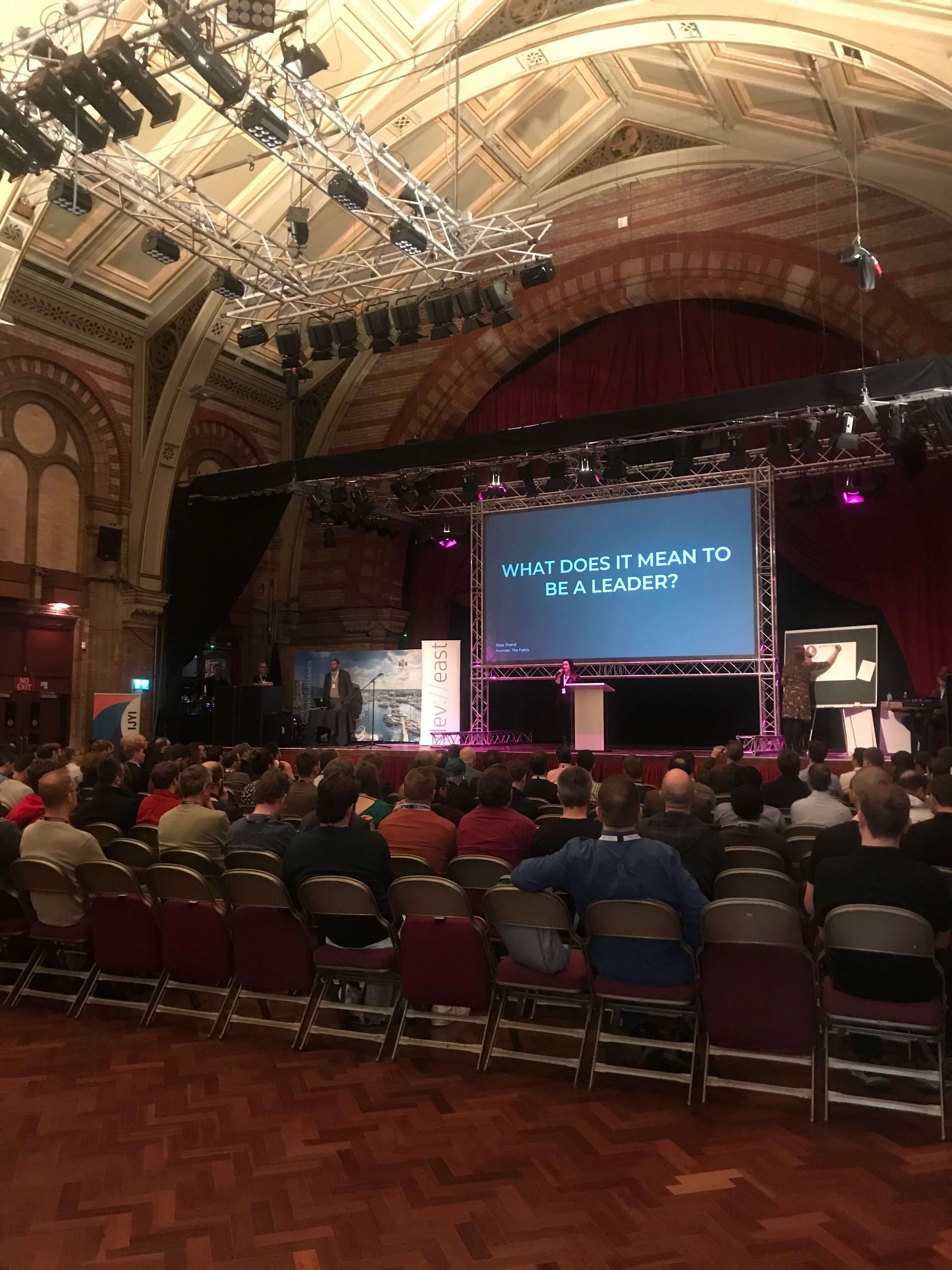 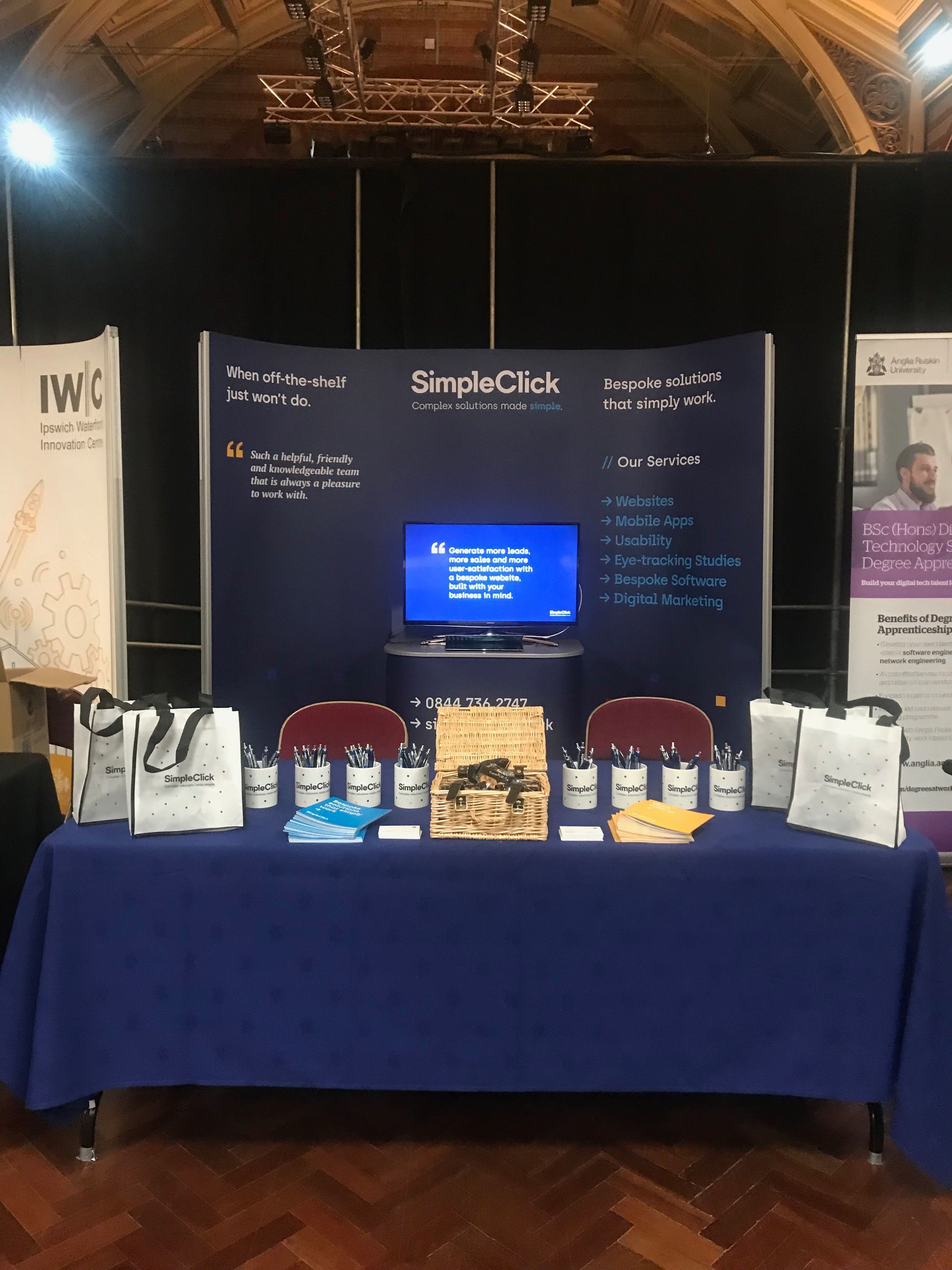 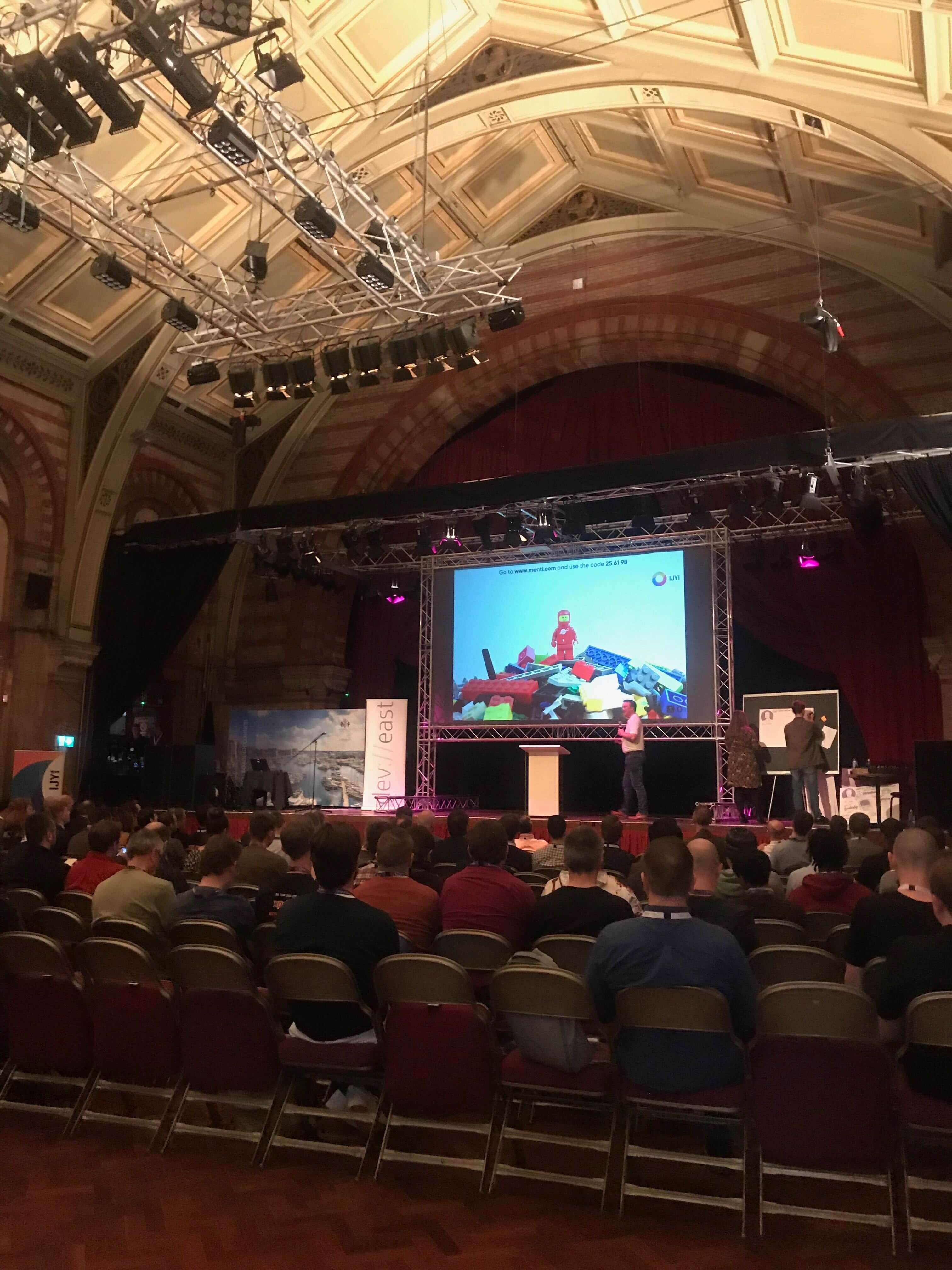 Read Previous
7 tips for on-page SEO
Read Next
Is your website in need of a spring clean?
Back to all blogs